Chapeau. The 49th release by the net-label Sostanze Records pops out another high level production. The work by Bebop freezes the summer and confirms how the quality of this dude coming from the south can push soundsystems and burn any skepticism of who doesn’t believe is still possible to be original in the eletronic scene. Scuola Benassi is a high-handed track in the loop and its sound already in the original version, and the remixes give to the beat fresh faces without changing the mood of the track. Powerful the collaborations which give life to these remixes: the ones by Raw Zombies and Push Fwd are real electro bombs. The same Bebop in the breakbeat remix of Scuola Benassi opens towards attitudes different from his usual ones. In a masterpiece way. Where Mr. Bebop wanna arrive? 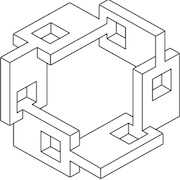